Don’t Visit the Caribbean without Trying These Flavors

The Caribbean stands at the crossroads of cuisine, and you have a lot of different choices for your taste buds to explore. Originally, they built island cuisine on the indigenous Carib and Arawak people. After that, Caribbean food received its influence from the slaves of Africa and the East Indies. Later, the colonists of Spain, France, Denmark, the Netherlands and the British Isles impacted the cuisine. 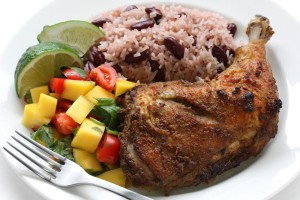 Each has brought their own flavor to the isles. Some of the varieties include: Varieties of Pepper Palm Coconut Rice Mangos Curry Pineapple Limes Peanuts Caribbean style food has been so influential that around 10 percent of the leading restaurant chains have listed at least one Caribbean item on their list. Most Caribbean restaurant items will be rich in protein and feature chicken, pork or shrimp. About 44 percent of the Caribbean menu includes shellfish or shrimp as menu items. Beverages in the Caribbean When it comes to beverages, the cool summer beverages include iced coffee, iced tea, smoothies, floats and lemonade. On average, the menu price will range from $2.95 to $1.55. The demand for these items must have increased because they have been on a four to 10 percent upswing every year. How the American Diet Differs The American diet differs in the sense that they draw more daily calories from meat than anywhere else.

In the United States, the percentage has been high for fats and oils at 18 percent. Sugar sits at around 18 percent as well. Stacey Rosen, an Economic Research Service partner from the USDA, made these observations. The Sauces of the Caribbean You have a lot of interesting sauces from the Caribbean. For example, you have pineapple orange sauce and pickapeppa sauce. If you are looking for a dipping sauce, they could include: coconut ginger sauce, mango salsa, cilantro sauce and peppercom sauce. If you visit the Caribbean, do not go without trying Pepperpot. It features a thick and rich stew that includes okra, aubergine, potatoes, squash and almost anything else that grows in the island earth. In the Bahamas, they call it souse. What is interesting about it is that no two recipes will ever taste the same. In fact, even different batches will have a personality of its own. If you ever hear the word jerk, it refers to something that will be exceptionally spicy. Most commonly, it has been applied chicken.
Category: Kitchen  |  Trackback
January 25, 2016, 11:46 pm

Our strong background in the engineering and technical fields allows us to supply the needs of your engineering & maintenance departments in ways that other distributors can not!

Honesty & integrity are the cornerstones of our relationship with you, our customers.